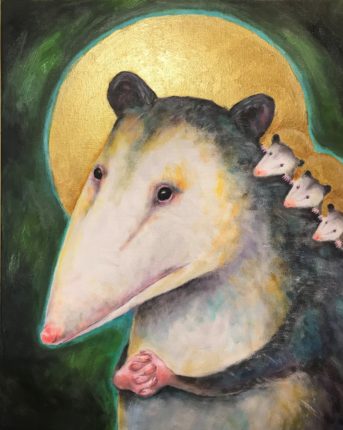 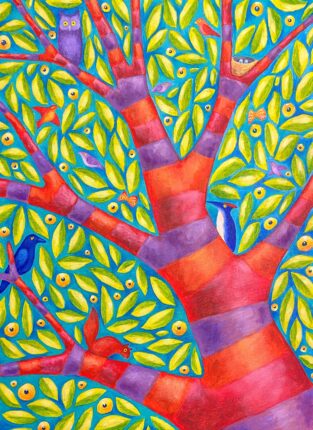 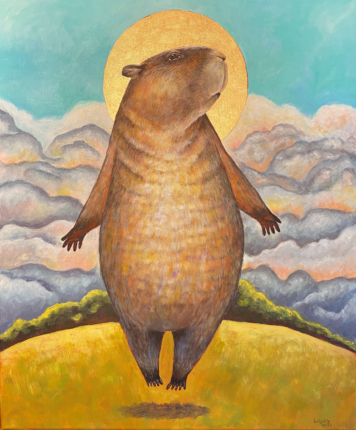 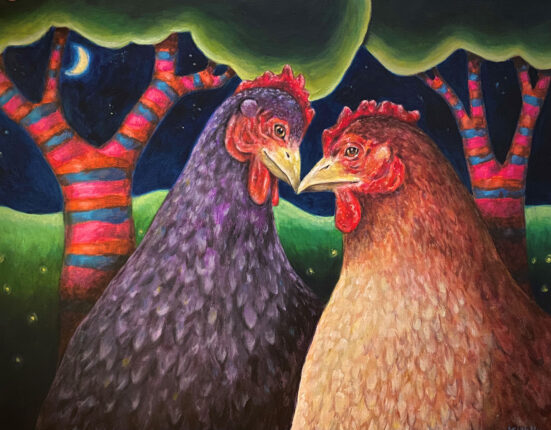 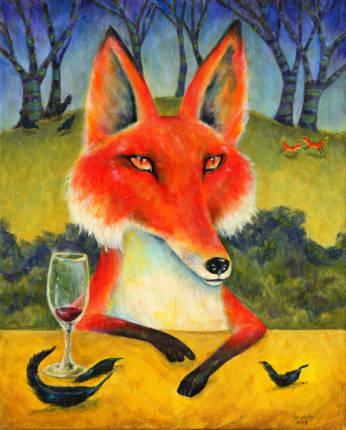 A lot of people say my paintings are cute or whimsical. And sometimes they are. But I invite you to look a little closer. A lot of times there’s something else going on. The thread that runs through all my work is that it explores the relationships between humans and the natural world.

I like to paint animals and trees and nature. They just seem to be the frequencies I’m tuned into. Sometimes my work explores the conflicts between humans and nature, such as my “Difficult Conversations” paintings; sometimes it manifests in whimsical expressions inspired by colors and things I see during my daily wanderings through the woods.

I like to experiment with colors and textures and materials. In addition to painting, I like to wrap sticks with colorful yarn and assemble landscape adornments from upcycled glass and dishware. Paper from abandoned wasp nests has inspired a series of works exploring the languages of humans and nature.

After earning a studio art degree at UC Santa Barbara, I went on a long and winding career journey that included art directing a showdog magazine in LA, documentary filmmaking in Tibet and across Asia, running a small dude ride horseback operation in California, coaching first-time artists at a paint-n-sip in Texas… and finally here to Ithaca, where I work at Cornell University. I hope my paintings give you a pause to think, to imagine, or simply to enjoy. 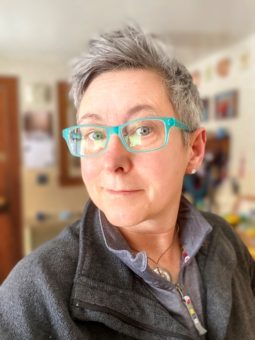